What Is Pressure Cooking and How Does It Work?

A pressure cooker works on a simple principle: Steam pressure. A sealed pot, with a lot of steam inside, builds up high pressure, which helps food cook faster.


When was the pressure cooker invented?

It was invented in the 1600s by a Frenchman by Denis Papin, who wanted to translate new discoveries in physics about pressure and steam into cooking. He called his pot the “Digester,” but it took quite a while before better manufacturing standards and technology could make these high pressure pots safe.

How does a pressure cooker work?

A pressure cooker is a sealed pot with a valve that controls the steam pressure inside. As the pot heats up, the liquid inside forms steam, which raises the pressure in the pot. This high pressure steam has two major effects:

1. Raises the boiling point of the water in the pot

When cooking something wet, like a stew or steamed vegetables, the heat of your cooking is limited to the boiling point of water (212°F). But with the steam’s pressure now the boiling point can get as high as 250°F. This higher heat helps the food to cook faster.

2. Raises the pressure, forcing liquid into the food

The extra-high heat of the pressure cooker also promotes caramelization and browning in a surprising way — we’re not used to food caramelizing when it is cooking in liquid. But the flavors created in a pressure cooker can be really deep and complex, unlike regular steamed foods.


What can you cook in the pressure cooker?

Almost anything! It cooks rice in just a few minutes, and it cooks tougher things like beans and chickpeas in much less than an hour. It is very good for foods that need to be tenderized like braised meats and roasts. But people have cooked all kinds of other things in it, too, like hard or soft boiled eggs. But it is used most frequently around the world for beans and pulses, stews, and vegetables.

What’s tricky about cooking in a pressure cooker?

It’s a whole new way of cooking, with its own language and processes. You usually need to wait for a pressure cooker to heat up, then you add the food and the lid, and let it cook for a certain amount of time, at a certain pressure level. (How long? There are many pressure cooking charts that show you how long certain foods should cook — I use the one that came with my electric pressure cooker.) Then you let the pressure release (sometimes fast, sometimes slow — depends on the recipe).

In all of this, your instincts as a cook are not always helpful. We know how to sauté, how to brown meat, how to boil potatoes. But a pressure cooker is a sealed box — you can’t touch or taste the food as it is cooking, and successful pressure cooking relies on a new bank of knowledge that most of us have to acquire.

But is it worth it? I think so, for many people. The pressure cooker is highly efficient — it uses far less energy than many other appliances, since it cooks so quickly and leverages the pressure powers of steam. Last week I made the most tender, falling-apart lamb curry I’ve ever had, with the flavors of the spices saturating the meat. I also made chickpeas from scratch in 45 minutes, and spiced rice in 6 minutes. 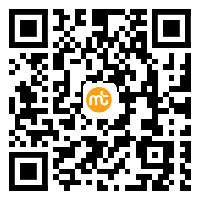